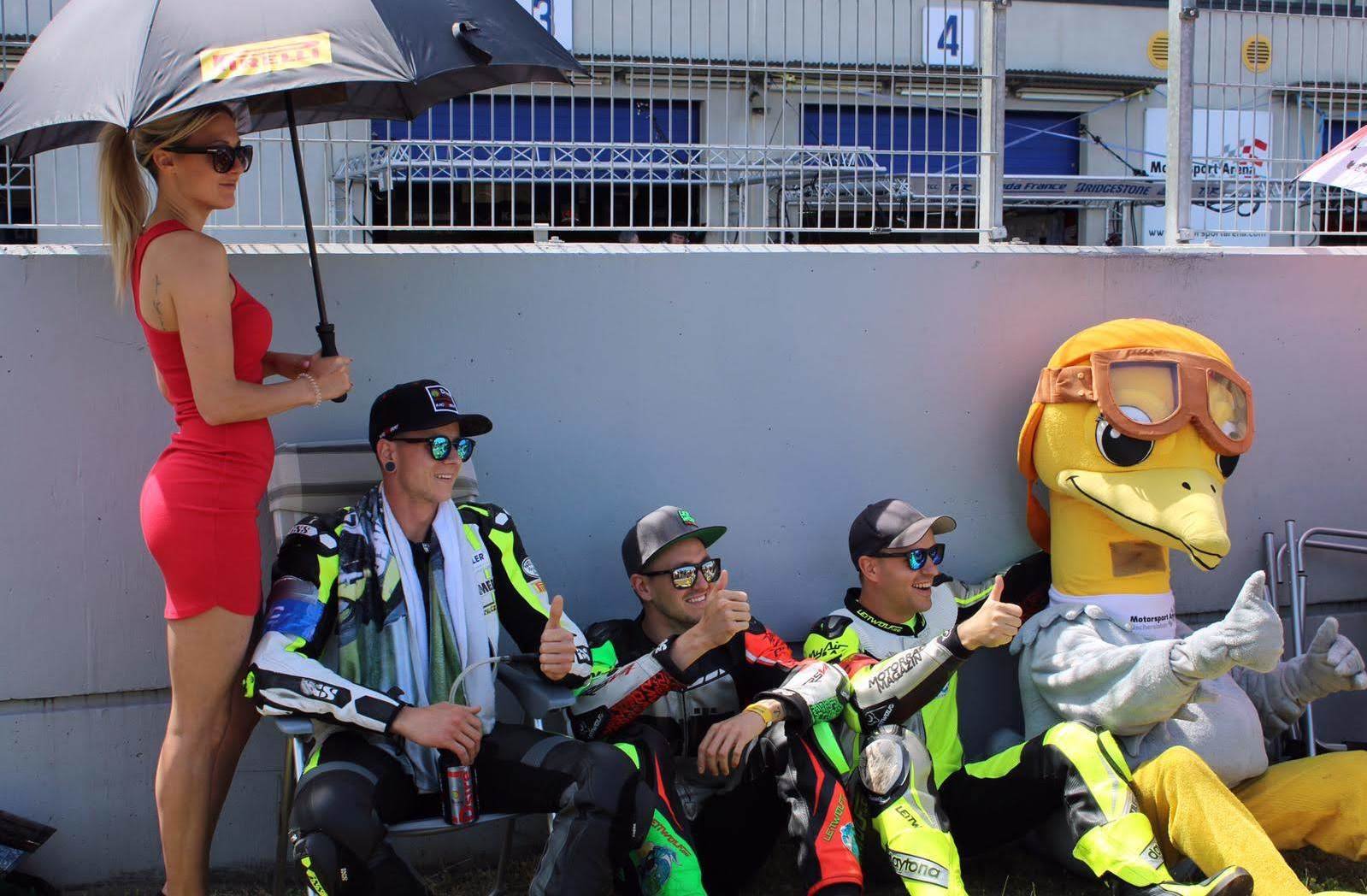 Race day at the EWC 8 hours of Oschersleben finally arrived. It was very warm and the wind had subsided. The first action was a warm up with Chrisi, Nico and Patrick running short stints and all reporting back that the bike was running nicely.  The crowds gathered at the pit straight viewing area for the Le Mans style start. Teams were at the start a full 45 minutes before the start and it was now hot. There is no disputing this is an exciting build up but it's tough on the first rider.

Chrisi got a great start, held starting position and navigated the traffic of the opening laps. It was a great opening ride and the bike was FAST.

The first pitstop was great and Nico continued with a great pace picking up places moving up to 19th place. Then, with 90 minutes already gone, an electrical problem stopped the bike. Nico was heroic and pushed it the length of the track.  The mechanics pushed it the rest of the way to the garage.

These are of course pressure situations but the team is of the highest standard. After only a short time Patrick took over but the engine stopped again whilst still in the pit lane. Back in the pits the mechanics worked tirelessly to get running again. It cost 30 laps but the team was up and running again.

The boys clocked up the laps and they were all consistent and fast. When Nico took the chequered flag 265 laps had been completed. The electrical problem took away the chance of a points finish but 29th was nonetheless a great achievement.

There is a lot more to come from this team and this bike is fast.  It proved throughout the race that the team is very competitive.  The boys were constantly passing teams (sometimes more than once), that finished much higher in the final rankings.  This makes great reading for potential sponsors that want to get in early and exploit the vast potential the team has.

Travelling back down south now to Austria it's easy to think of how good the calculated 9th position would have been without electrical issues, but this is a 3 year plan and so many things went great in the team's first race.